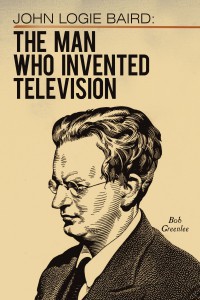 John Logie Baird was a Scottish engineer and one of the inventors of the mechanical television. He demonstrated the first working television system on 26th January 1926.

He was born in the Scottish town of Helensburgh on August 1888, his father was a clergyman. Depsite suffering ill health most of his life he showed signs of ingenuity from an early age.

Deemed unfit for the forces he worked as a superintendent engineer for the Clyde Valley Electrical Power Company. After World War One he moved to the south coast of England to apply himself to the invention of television.

His first attempts were crude at best but by 1924 he had transmitted a flickering image a few feet in distance.

1926 saw the first demonstration of true television and in 1927 his television was demonstrated via telephone line over a distance of 438 miles between London and Glasgow. He than formed the Baird Television Development Company.

1928 saw the Baird company achieve a transmission over the Atlantic between London and New York.

1929 was the start of an experimental television service based upon the mechanical system, sound and vision were initially sent alternately but by 1930 they were simultaneously broadcast. 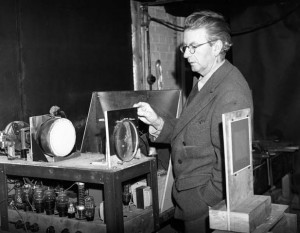